The Lamentations of the prophet Jeremiah

Aquinas and The Mysteries of Light 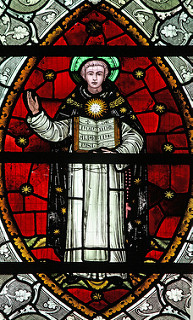 On Saturday 25th March the Rosary Shrine hosted its first day conference in Blackfriars Hall. Four talks were given on the insights into the mysteries we contemplate in the Rosary which are found in the works of the great Dominican theologian St Thomas Aquinas.  The following is Sr Ann's talk.

The other talks at the conference may be found at the following link: http://rosaryshrine.co.uk/conference-talks/

"Et in mundo conversatus, sparso verbi semini" St Thomas on the Mysteries of Christ's Ministry, and on the lessons of His lifestyle. by Sr Ann Swailes o.p.

They will see the Lord face to face, and his name will be written on their foreheads. And there will be no more night; there will be no need of lamplight or sunlight, for the Lord God will be their light, and they will reign for ever and ever.

There will be no need of lamplight or sunlight. Compline this evening has been a little different from usual. We did not start our night prayer tonight as we have come to do in this place, every Friday, with the ceremony of lighting the lamps, reminding ourselves at the end of our day, as more and more candles are set ablaze about the altar, of our need for the light of Christ. That’s not just because we began our prayer significantly later than usual, and we decided to cut the ritual down to the bare minimum so that we can all go home to bed..  At the start of this compline, our church was already afire with the light of candles, each one representing the longings, the anxieties, the prayers of those we have welcomed here tonight, representing too the Lord’s longing to shelter and protect them, to protect us, to protect our desire, and theirs, fragile and flickering as it may be, to come to him in love and faith, to give ourselves to him as fully as we can.  And so it would have been a little redundant, a little artificial, on this night, to light yet more candles. The Lord’s love for each one of us is our light, and it is already shining on us here. The Lord, the light of the world, is enshrined in his Eucharistic presence on our altar, and his glory is reflected in the candles surrounding the monstrance.  Our love for the Lord, however fitful and dimly burning, and our desire to serve him in our brothers and sisters, as we have done this evening, that desire which is itself his gift to us, is shining out in this place too.

mind particularly to the season of Lent.  Instead, they seemed to me like a resume of religious life.   How so?

Well, first there is that summons to leave behind what is familiar and known, and perhaps even comfortable – though I dare say Abram’s nomadic life might not have been all that cushy – and to go into the unknown (no indication where: just a land that I – God - will show you;)and surely entering religious life is like that: an alien land, where things are not as we have hitherto known them.  You will also remember that a bit later Abram’s name is also changed – though not by much- as has happened to most of us here. 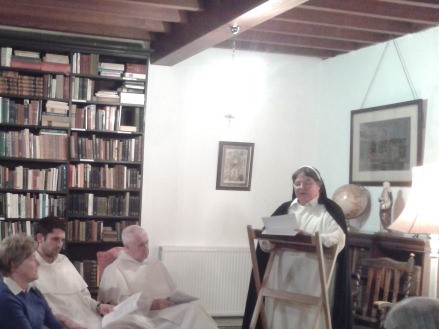