CEPHAS 2018: Human Freedom and Ethics in the World Today.

Dr George Corbett reflects on another long-weekend of Thomistic philosophy and theology at CEPHAS 2018. 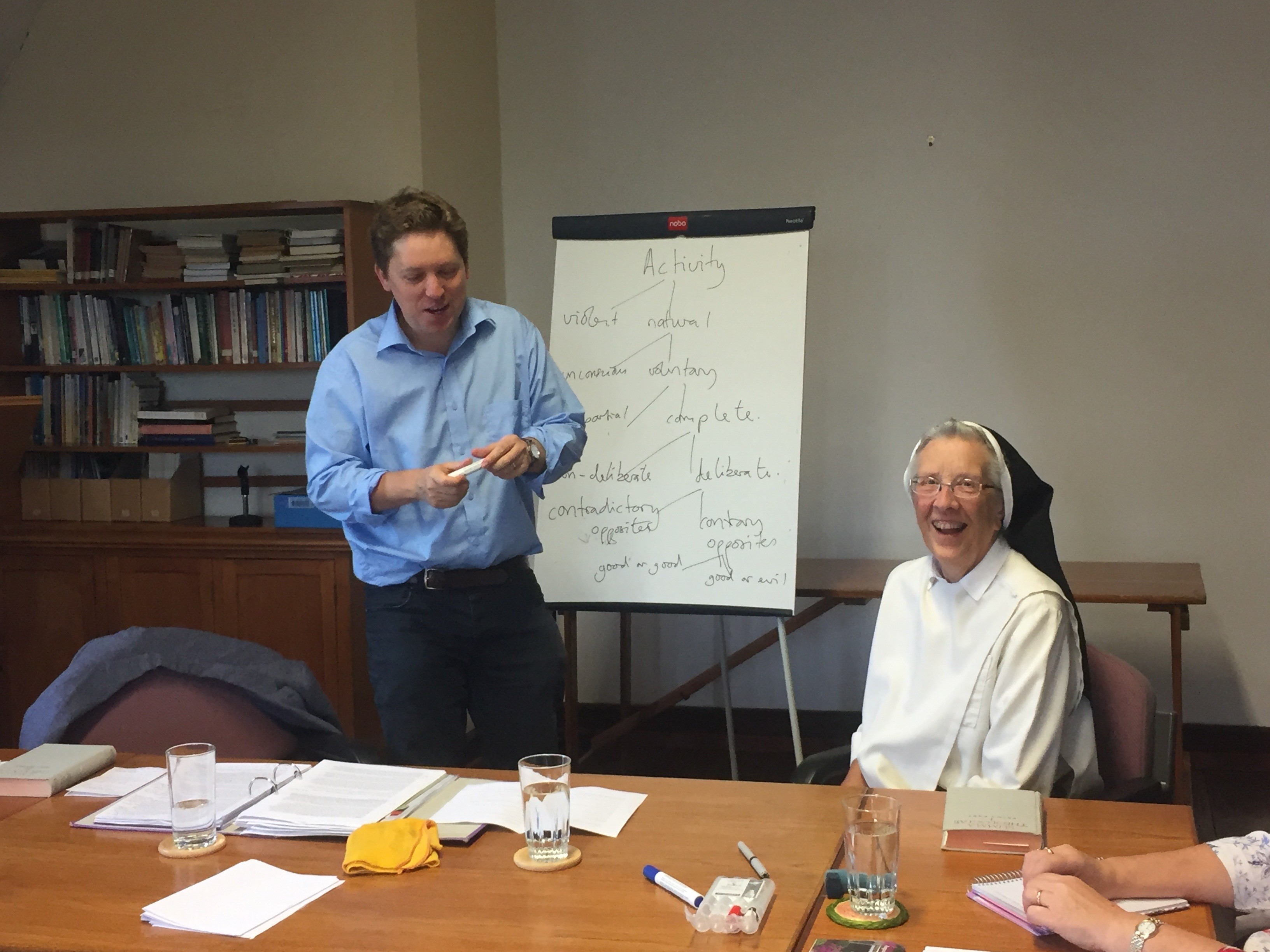 ‘What is man? What is the meaning and purpose of our life? What is good and what is sin? [...] What is freedom and what is its relationship to the truth towards which we tend? What is the role of conscience in man’s moral development?’ These are just some of the questions posed by the encyclical Veritatis Splendor [The Splendour of the Truth] (1993), published on the 25th anniversary of Humanae Vitae (1968) and on the 15th anniversary of Pope Paul VI’s death (6 August 1978). In it, Pope John-Paul II provided a new presentation of the ‘Thomistic doctrine of natural law’ which, he affirmed, the Church has always included ‘in her own teaching on morality’ (VS, 44).

Over the long-weekend of CEPHAS 2018, we didn’t focus on the specific, and contentious issues raised by the encyclicals 25 and 50 years on. Rather, we took a step back to examine the Thomistic framework underpinning them, with particular attention to the relationship between natural law and human freedom. Teachers of Aquinas’ ethics today tend to classify his approach within ‘virtue ethics’ or ‘teleological ethics’ and, with notable exceptions, steer clear of questions of ‘law’ or, indeed, of ‘sin’. But, for Aquinas, there is little point knowing about one’s end if one doesn’t know how to get there: law is, to use his analogies, the map to happiness, it is the light without which we cannot see where we are going. We explored, therefore, Aquinas’ theological approach to law (with a particular focus on natural law) in relation, also, to contemporary notions and practices of law.

1968 was also, of course, a momentous year for different kinds of freedom, from the Prague Spring to the Student riots in Paris. Since then, ‘freedom’ has become ever more absolute and foundational; as Ratzinger wrote in 2003, ‘in the consciousness of mankind today, freedom is largely regarded as the greatest good there is, after which all good things have to have their place’. We also turned, then, to Aquinas’ nuanced approach to freedom. As the Dominican Thomas Gilby OP notes ‘a spirit of liberty reigns in the Christian life’ for, although we are all naturally orientated to the same end, there are so many different good ways of getting there. The moral law does not preclude, then, individuality but rather opens up the freedom to act in pursuing happiness, as the extraordinarily varied lives of the saints testifies.

Alongside philosophy workshops on law and freedom, Sr Valery Walker led discussions of key articles from the Summa, facilitating broader discussion about ethics, happiness, sin, freedom, moral law, and conscience. As a participant commented, ‘the sense of community was wonderful - very welcoming and a supportive atmosphere in which to voice thoughts and pose questions’.

This posing of questions, this discussion, and this turning to the riches of the Catholic intellectual tradition (whether in modern encyclicals or the works of Aquinas) is, for us, the purpose (and joy) of CEPHAS, which Sr Valery and I set up in 2012. Due to the support and generosity of the Dominican sisters, we have held week and long-weekend courses in Stone Convent, Staffordshire, over the past seven years. A community of friends (seven of them lay Dominicans this year!) has built up in CEPHAS, although we always welcome new participants. For information about upcoming courses, please visit cephas.org.uk.