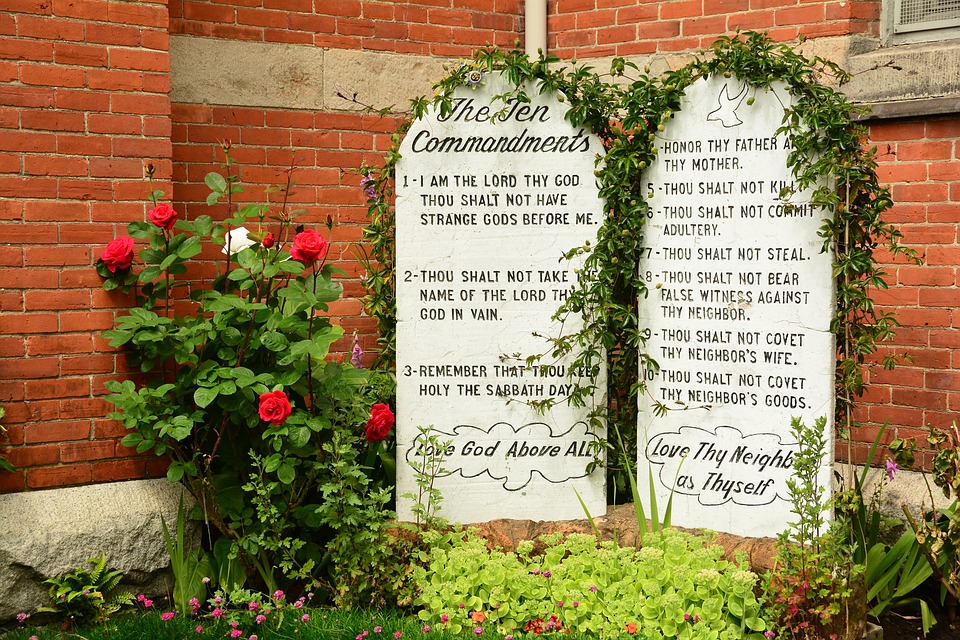 ‘We who are strong ought to bear with the failings of the weak, and not to please ourselves, let each of us please his neighbour for his good, to edify him. For Christ did not please himself, but as it is written, the reproaches of those who reproached you fell on me.’ (Romans 15.1-3)

If you want to make God laugh, as they say, tell him your plans. Sometime before the beginning of the academic year, I decided that it might be nice to have sermon series at Vespers, much as some college chapels do at Evensong.

I cast around for various topics that could be neatly subdivided, in order to have something to talk about each week, and eventually accepted the challenge proffered me by a priest friend, that I should speak on the place of the virtues in the Christian life. As he pointed out, if I talked about what the Church has traditionally called the four Cardinal Virtues, the qualities of prudence, justice, temperance and fortitude that have classically been held to contour a human life well lived, and then the three so-called theological virtues of faith, hope and love, that would give me seven themes for reflection. With an introduction on virtue in general, I would have an entire term’s worth of sermons, all elegantly interconnected, yet each one self-contained. What more could a preacher want? And that is when God started to laugh. Because, of course, once we have taken into account the need to have a welcome to Cambridge sermon for the first Friday of term, an All Saints’ Day sermon for that feast day, the fact that there will be Fridays in the course of term when for good reasons Vespers doesn’t happen – I don’t, in fact have eight weeks to play with after all. My beautiful scheme lay in ruins, and I might have given up on it altogether, had I not noticed that the reading the Church actually appoints for vespers tonight seems to provide an ideal introduction, at least, to the theme of the virtues, a theme we’ll return to in future weeks, even if in a less neatly structured fashion than I might once have hoped. Which is doubtless good for my humility.

You might wonder why ever I wanted to talk about this topic in any case. The language of “virtue”, after all, has, to many contemporary ears, and perhaps, if we are honest, to our own, a rather unprepossessingly creepy ring:  suggesting a bloodless, smug and possibly even hypocritical respectability, rather than the abundant life held out to us as the gift of Christ. It sounds, at best, like something we ought to want to pursue rather than something that genuinely attracts us, and at worst, like something we want to run a mile from.  And, of course, if that is what virtue is, we are right to want to run a mile. But equally of course, it’s not.

If we’re more sophisticated, and if we know some Latin, we might know that the virtuous person is the person possessed of virtus, strength: not, then, some mealy-mouthed, self-righteous and deeply insecure prude, then, but the valiant one, the hero, the one who dares and who self-confidently wins. At least according to the words’ etymology, it is the vicious person whose personhood is vitiated, weakened,: vice, not virtue, saps our strength, makes us less who we are made to be, less whole-hearted and outgoing, less energised and vivacious. More of all of this later in term – and more, too, of the fact that virtue for the ancients is not only about morality.  There are intellectual virtues, there are artistic and even athletic virtues and corresponding vices – somewhat as a school report might still today speak of a student’s strengths and weaknesses being in maths and Eng Lit.   This, too, is taken over into the Christian tradition, and it is important that it is, and, still more, how it is. But, again, more of that anon.

For now, let’s think a bit about how we might give a specifically Christian content to the notion of strength itself, that strength that we are to use, according to St Paul in our reading tonight from his letter to the Romans, not to please ourselves but to please our neighbour. Because, although I think it might be better, certainly in terms of PR, to gloss virtue in terms of strength rather than of the curtain-twitching propriety of the small-town busybody, we still have to know what it does and doesn’t mean that we are called to be strong. We might all - I think rightly - be happier to be considered strong than to be considered respectable, but there is nothing in our Christian tradition that should lead us to canonise strength unquestioningly, and plenty that destabilises, rather than scaffolds, any conventional association of might with right.  The God in whose image we are made, and whose presence we are called to be in and for our world, is Almighty, yes, but let’s think for a moment about how this Almighty God reveals His strength: this is the Almighty God Who lies trembling in the cold of the Bethlehem stable, the Almighty God whom we meet in a lonely, frightened man, betrayed by those closest to Him, on the eve of a violent and unjust death, begging in the garden of tears to be spared what lies ahead of Him; this is the Almighty God Who comes to us in the paper thin fragility of the Host, the Almighty God Whom we can trust will not crush the bruised reed or quench the dimly burning flame, because He Himself has known what it is to be bruised and dimmed and diminished to the point of tasting our death . Whatever value we give to the idea of virtue as strength, it cannot be at the price of denying everything that Christ, God Almighty and Incarnate, shows us about what it is to be strong. To be virtuous is not just to be strong in any old way: for the Christian, it must be to be strong with the strength of Christ, the perfect image of the Father, Whose power is made perfect in weakness.

What’s more, tonight’s passage gives us rather surprising, perhaps, and rather consoling resources for confronting those occasions in our own lives, and in the lives of others, when we are aware that our behaviour – or theirs – has not been virtuous, not, strong with the strength of God. What does it mean that we are to “bear with the failings of the weak”, if the weak are those, including ourselves, who fail to live up to the call to be icons of Christ’s outgoing, self-giving love?

What of course, it cannot mean is defending behaviour that is contrary to that vocation as the image and likeness of God; pretending that it doesn’t matter if our lives are an enacted lie, a denial of our deepest identity as signs of God’s presence in the world.  If anyone leaves tonight thinking that I’ve suggested that our acts and omissions don’t matter, that “bearing with the failings of the weak, and pleasing them”, means – to use rather old fashioned language – condoning sin, then I have failed to express myself clearly. But it does perhaps suggest a way to identify sin and to begin to deal with it.

I once heard a story of a man who was found weeping uncontrollably in an old English village church. When the vicar who discovered him asked what was wrong, the man, who, it turned out, had never previously heard the Gospel in any way that was accessible to him, and had no acquaintance with the Bible even as literature, hastened to explain: he was crying not for sorrow but for joy. What had provoked his tears was the sight of the Ten Commandments written up in beautiful Georgian script on two tablets on either side of the altar. He had read the text that was unfamiliar to him in a way that will surely be unfamiliar to us: to put it in terms of grammar, he saw the list of “thou shalt nots” not as threatening imperatives, telling him what, or rather what not, to do on pain of future punishment, but as mysteriously merciful indicative statements in the future tense, the words holding out the vision of a life of freedom to love God and neighbour. One day, the words seemed to promise him, he would be free of compulsions to behave in ways that diminished his own dignity, free of corrosive envy at the fortunes of others, free of the murderous rage that engulfed him when reflecting on his own failures and inadequacies, free to forgive and honour his parents for the wounds they had inflicted on him in the course of his upbringing. Beyond all of this, he seemed to glimpse the God, the true God, whom one day he would be free to serve, the punitive and demanding idols his imagination had put in that God’s place dismissed and shattered. If our faith is strong, so strong that we too can see the commandments as promise, then we must of course first of all thank God for that, but then we must use all our imagination and all our energy to bring that joy to those for whom, on the contrary, these words are words of threat.  We too, in our strength, must refrain from crushing the bruised reed and quenching the smouldering flame.

But finally, of course, we need to be alert to the possibility of irony here. We who are strong, St Paul tells us, we it is who are to bear with the failings of the weak, those others who are not virtuous. But this is the same Paul who, elsewhere, speaks insistently of his own weakness as a gift, alerting him to the self-giving closeness and protection of Christ, and encouraging him to grow in humility so that he boasts not in his own accomplishments, resources or robustness, but only and always in the Lord. Paul then, rejoices precisely in the fact that he is not strong.  It’s just possible, isn’t it, that Paul is engaging in a kind of sanctified leg-pull here in our reading tonight, much as St Dominic is said to have done when he told his pious novices that, if they had no sins of their own for which to weep tears of contrition, they should weep for the sins of their brethren.  Just maybe St Paul is reminding us gently that we are the ones who will need the patient forbearance of others, the ones who will be pleased and built up by those who are stronger than us, and thus come to share the strength of Christ himself, the richness of him who for our sake became poor, the mighty virtue of the one whose power was indeed made perfect in weakness.