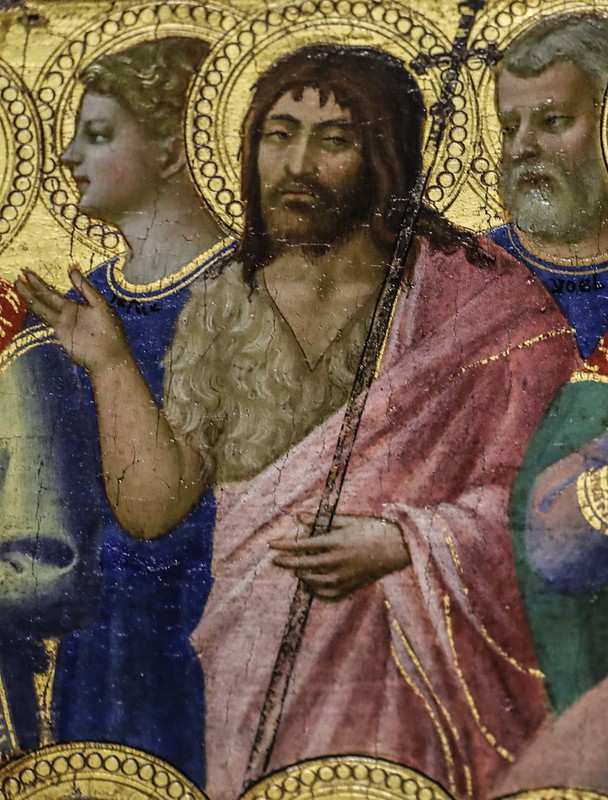 The second-century Roman poet Juvenal, in his poem Satire X, writes that “two things only the people anxiously desire – bread and circuses”. The phrase “bread and circuses” was devised to describe how the politicians of Ancient Rome maintained peace and popularity through distraction. Distraction revolved around distributing free food and providing free entertainment like gladiatorial games, chariot races and theatre shows. These freebies acted like a sedative or anaesthetic on the population, wooing them into a comatose-like state.

In the first section of our Gospel passage today, Jesus rebukes a generation of people who exhibit what we could call a bread-and-circuses attitude towards religion. Jesus recalls their attitude: “We played the pipes for you, and you wouldn’t dance; we sang dirges, and you wouldn’t be mourners.” This spiritual sickness was not new, nor confined to the secular authorities, for it had afflicted the prophets of Israel generations before. In our first reading today, 700 years before Christ, the prophet Isaiah voices God’s lament

that “If only you had been alert to my commandments, your happiness would have been like a river, your integrity like the waves of the sea”. Israel became distracted and distanced, but God continued to send prophets to call his people to conversion, the beginning of which involves coming to attention.

The prophet John the Baptist was sent to prepare the way amongst the Jews of first-century Palestine, some of which were already sensitive to and spiritually hungry for the imminent coming of the Messiah. John’s own ascetical lifestyle of fasting and abstinence, traditional spiritual disciplines associated with sharpening attentiveness, nurtured his purity of heart and his prophetic edge. The prophet comes to proclaim truth, the truth that sets us free and brings us to maturity. It is the opposite of a government which reels its citizenry into a state of dependence and infantilism, of our politicians expected to act like parents or church like a funfair. The prophetic voice calls us back, but as St Paul reminds us, that truth is a sword; and it can hurt.

This is perhaps why John paid the ultimate price of losing his life, because his message cut too deep. His vigilance was the opposite of the state of sloth which had some of the sons of Israel in slumber. Sloth is that quality of soul which means an indifference to, boredom with or fear of spiritual goods like prayer, fasting, almsgiving and virtue. Sloth is frequently associated with lethargy, but it is often fed by or leads to hyperstimulation – those bread and circuses, artificial, analgesic entertainments, the opposite of true spirituality which is reality in all its boldness. John the Baptist was declared possessed because he failed to entertain, failed to soothe, so off with his head, that’s the only amusement he was judged good for in the end.

If John was condemned because of his fasting, Jesus was labelled a glutton and a drunkard because he feasted. It occurred to me that this striking, almost sinister, rejection based under the cover of one’s eating habits – a normal healthy human activity – is one which touches the lives of women in particular. For how many of us women live in a state of civil war against our own bodies? We’re teased if we’re considered to be too thin or thought too abstemious to be fun; and taunted if we’re judged not thin enough. Everyone’s a critic and it is a game we’ll never win. Let us take a leaf from Jesus’ book, and refuse to play, it is the only way to be free. For the criticism levelled at John and Jesus, and against us as women, is not really about food and drink but about control.

The crowds couldn’t control Jesus because he was totally free: free of trying to prove himself, free from anything apart from doing the Father’s will. This Gospel is testimony that Jesus was far from the crowd-pleasing, craving-feeding politician. Karl Marx perceived that religion was the opium of the people – it shouldn’t be, and both John and Jesus refused to let it be.

Jesus caught the crowd’s attention, but often it wasn’t the right kind of attention. There were some amongst the community whose expectation was wrongly fixed on the idea of the great political Messiah coming as loud showman or spectacular stuntman, not as the still small voice of a lowly carpenter. Israel had a history of idolatry, and their expectations of the Messiah manifested this tendency again; it was an attitude which sought to use God as an idol, there to serve and satisfy their desires and expectations. We see instances throughout the Gospels were Jesus healed and fed those who came to Him out of a pure act of love, as a revelation of God’s compassion, but that his acts of goodness meant that some from the crowd followed him only because they saw him as the giver of magic tricks, the subject of manipulation, the fulfilment of manifold wants. We too can chase spiritual highs, or use religion as a distraction or an escape, but Jesus always calls us deeper.

The irony is that while Jesus was criticised for eating and drinking, those substances which can dull the senses, it was him who was the one truly attentive to the absolute will of God, awakening people from their dullness while inducing it in those considered wise. For the Pharisees also fasted, but their fasting had become habitual, ritualistic and self-referential. It had lost the ultimate end in view, the ultimate end of any spiritual practise, which is to clear away the distractions that stand between our vision of God. Fasting and feasting both have their place in each Christian life and is defined by neither, for the true spiritual life is not a party or a funeral but rather a life of wisdom.  It says at the end of today’s reading that “wisdom has been proved right by her actions.”. Jesus is wisdom incarnate; he vindicates himself.

The real fast the Pharisees and the crowd required was the fast of faith, to let go of the idols of entertainment and control and wait expectantly for God to move. God is constantly trying to breakthrough into our attention, to reveal Himself, often in ways we may not expect, and this was what the Pharisees could not tolerate.

The Pharisees could at least understand John the Baptist, for his fasting was a more understandable practise to them for a spiritual man – what surprised them was that one could be wholly ordinary, sociable, a lover of life and still holy. This is why Jesus presented such a challenge. This idea still lingers today in the church: holiness is thought to be in the extraordinary practises, the severe lifestyles, the religious life, but we relinquish our responsibility as Christians if we believe that because we can relegate holiness to something above and beyond our reach, something special, we can trick ourselves into believing that God is anything but ordinary, which is not true. St Therese of Lisieux reminds us that God is calling us moment to moment to be attentive. Our holiness is in to do small things with great love. Are we attentive to seeing God, especially in ways that may surprise us?

Advent is a season dedicated to attentiveness as we await the coming of the Lord at Christmas and at the end of time. But the meaning of Advent can be obscured for us as we become distracted by many things - Christmas parties, decorations and gifts – all good in themselves but of secondary importance. In this season, let us adopt something of John the Baptist’s vigilance and clear the way of the distractions that keep us from God, and let us also be attentive to the smallness of God as the babe of Bethlehem, to the many, varied and ordinary ways He is calling us to attention, so that we may find Him and know His love.