A remarkable year, or on being mistaken for a cello case

(Sr Ann Catherine works at the University Chaplaincy in Cambridge, and since January has been acting chaplain.  This speech was given at the Fisher Dinner, an annual event for members and alumni of Fisher House.) 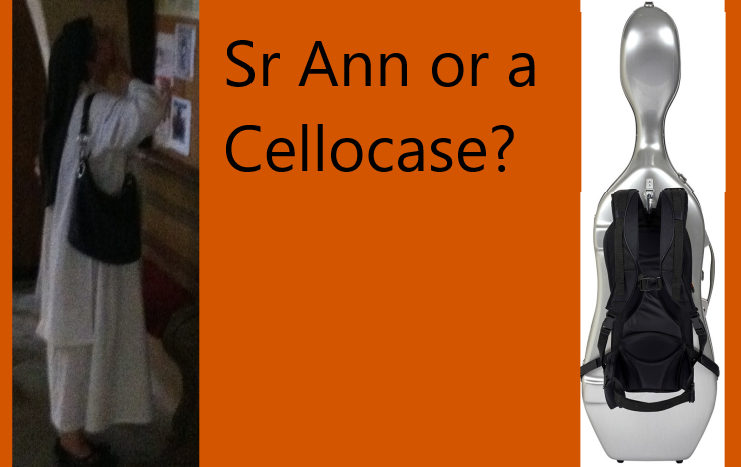 As Henry VIII used to say to his wives – I promise I won’t keep you long.  But it’s traditional for the chaplain to say a few words at this point in proceedings, and also traditional for the chaplain’s speech at the Fisher Dinner to constitute something of a review of the life of the chaplaincy since the last such occasion, and, as your soon to be Acting Chaplain Emerita, I’m delighted – if somewhat trepidatious – to be sharing in this venerable tradition at the conclusion of what has been, by any standards, a remarkable year in the life of our community.

Read more: A remarkable year, or on being mistaken for a cello case

Avarice and Other UFOs 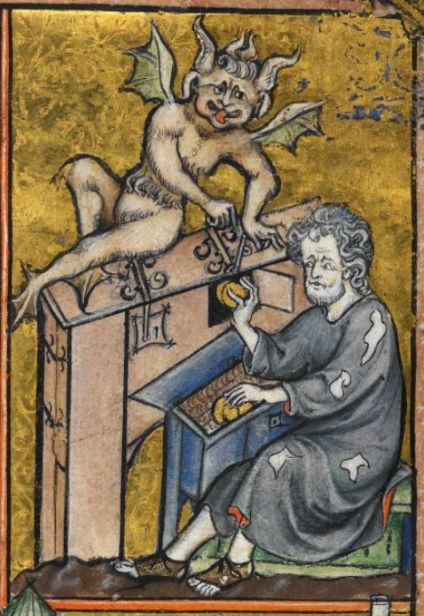 Our war of the mind continues on and we come now to our third thought and the last of the temptations against our physical nature encountered on the spiritual journey. What do you get when you combine the excess of gluttony with the objectification of lust? Avarice! That’s our thought for tonight.

For those of you who attended our first session, we introduced the Desert Father Evagrius, who could be considered the father of mental combat.  Evagrius writes about “the inner thoughts that want to acquire riches and to consume the intellect with anxiety about them”[1] Avarice is precisely this mental preoccupation with money and possessions and the dedication of oneself to their pursuit and protection. It is not so much defined by the love of possessions as such but by the love of possessing as an attitude of mind and heart.

How might this love of possessing incarnate itself? The psychotherapist Solomon Schimmel says that avarice can take the form of “the cutthroat competitor, the workaholic, the swindler, the miser, the gambler, and even the spendthrift”[2]. What is striking is that what Schimmel lists above are states of being – being a workaholic or a spendthrift is a whole way

Read more: Avarice and Other UFOs 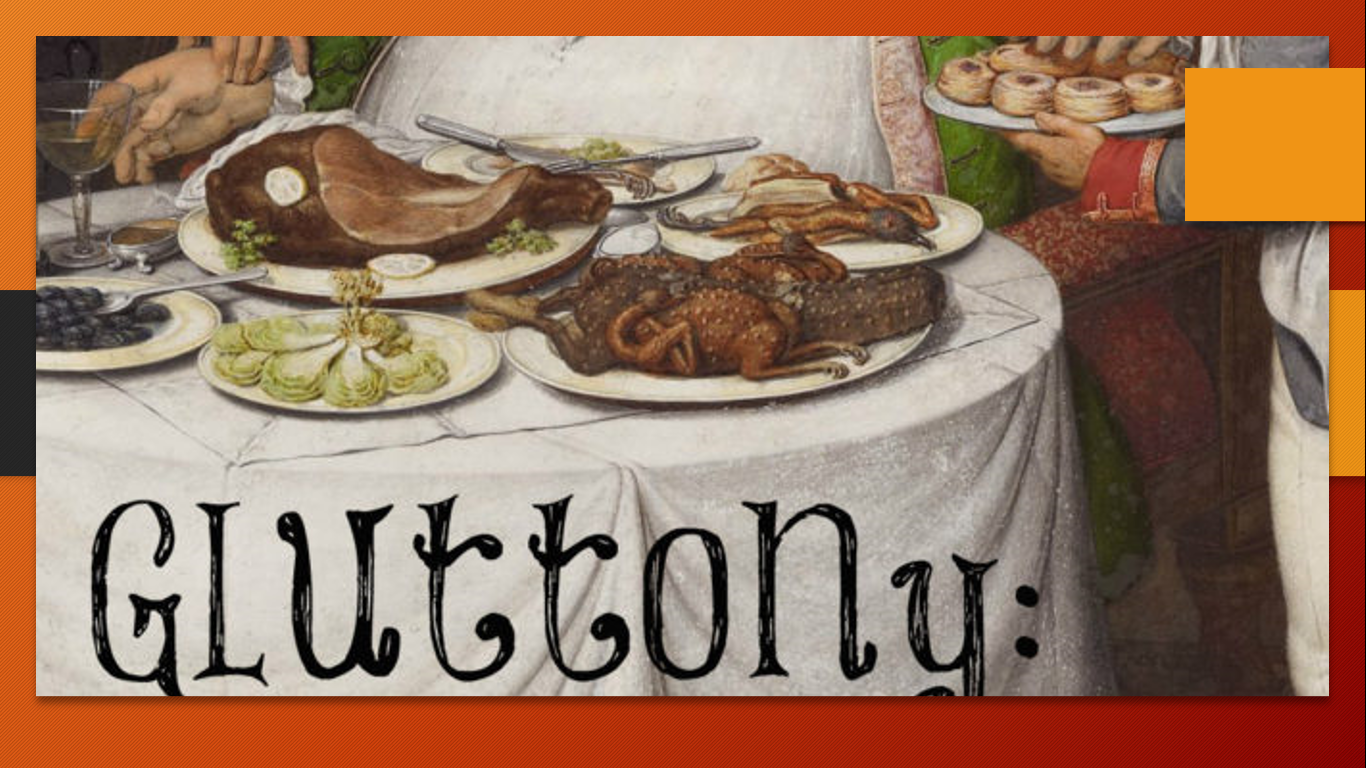 Tonight we will discuss the capital vice of gluttony. And I would like to begin with a few words from [SLIDE 2] “Evagrius Ponticus (c.346-399) in what is today modern-day Turkey. In order to deal with his personal sin, Evagrius retreated to the Egyptian desert and joined a cenobitic community of Desert Fathers. In AD 375, Evagrius developed a comprehensive list of eight evil “thoughts” (λογισμοι; logísmoi), or eight terrible temptations, from which all sinful behaviour springs.[1]

Prayer and the Spiritual Life According to St Thomas

For further information email This email address is being protected from spambots. You need JavaScript enabled to view it. 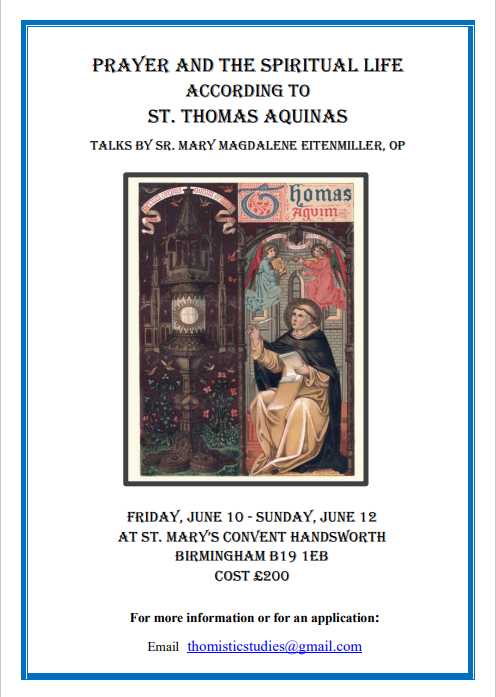 Hail the day that Sees Him rise

Whichever way you look at it, the Ascension, which we commemorated liturgically last week, seems like an odd sort of a feast, but I wonder if it’s not one that we should regard with new eyes, new expectation.

At first sight, it seems to commemorate a leave-taking; the departure of the Lord from the community which had so recently welcomed him back into their midst after his Passion and death. Psychological common sense would suggest, surely, that confusion and trauma, rather than rejoicing, would have been the disciples’ reaction, and there doesn’t seem much to celebrate in that.

At least as strangely, according to St Luke’s account in the Acts of the Apostles, the disciples are called to account for what seems to be a

Read more: Hail the day that Sees Him rise