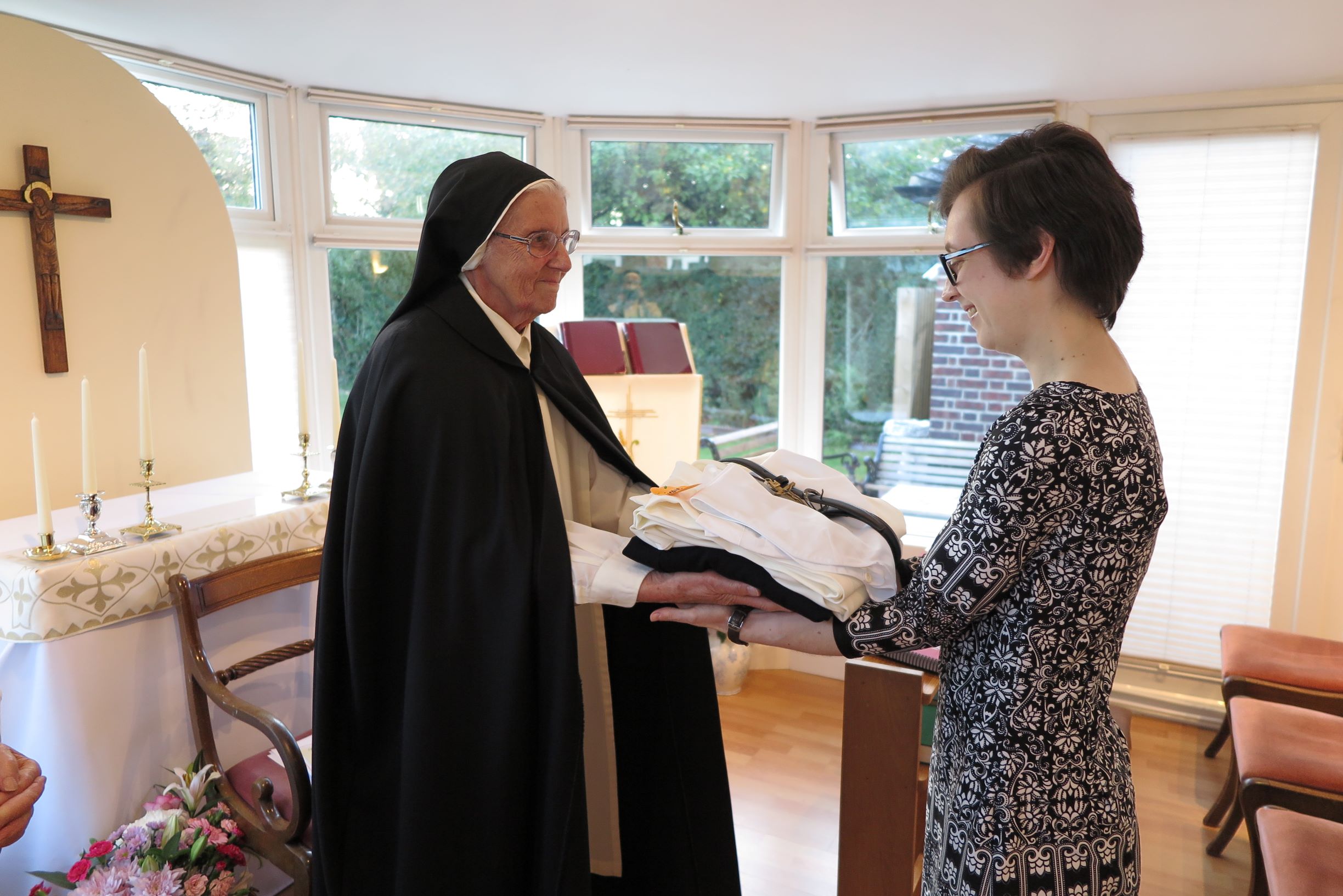 It was in an article by Vivian Boland [o.p.] that I first read of the metaphor of the Trinity as Silence, Word and Music, and much of what I say is gleaned from that article. I remember Vivian saying he thought the first mention of the metaphor was by a companion of St Augustine.

As in any metaphor of the Trinity of course it immediately falls short for certainly the evangelists thought they heard the voice of the Father on at least two occasions.

However, it seems to me to be a good analogy to illustrate the purpose of the Noviciate in a Dominican house.

Thomas Aquinas in Prima Pars 43 speaks of the missions of the Persons of the Trinity, the Father is not sent, the mission of the Word in creation and history reflects the procession of the Son in the eternity of God’s life. He is the Word, the perfect expression of the Father’s glory and the Spirit is the love that seals the bond between Father and Son.

So the Trinity as Silence, Word and Music is our theme.

The late much missed David Sanders said that preaching is not only about reaching others but also allowing the Gospel to preach to oneself and that is mostly done in silence.

Without silence there is no hope of prayer and for a Dominican novice silence is the father of preachers. As we struggle to find something worthwhile to say silence can envelop us and allow us to think.

Today’s world is full of noise and activity and some find silence hard to cope with but for us silence is so necessary. ‘Be still and know that I am God’ is a fundamental part of our lives as we consider how much God loves us and calls us to be united with Him. You have to be comfortable with yourself in silence and that takes some cultivating because most people find their fulfilment in activity. So the Father who is mostly silent allows us to rest in Him.

Many women find it very frustrating not to be able to preach from the pulpit but I have never found it so. Our preaching is usually interactive and so challenging and stimulating as we often learn more in the ensuing dialogue.

Preaching is not simply relaying information to those who have not heard it before, it is much more than that. Preaching for Dominic was nearly always a dialogue and in the dialogue it is necessary to be aware of the circumstances of the people to whom you are preaching. So a knowledge of the world and God’s good creation is a must for Dominicans. Christ did not live a life of solitude but shared in the living conditions of the people of His time. So, too, we live and work amongst the people to whom we are preaching and must always be sensitive to the demands of their lives.

Some have expressed disquiet over the title of the forthcoming encyclical ‘Fratelli Tutti’ saying it only speaks to half the Church. However, the central theme of the encyclical is ‘Blessed is our Common Belonging’. for we are all one. So it is vital that we are sensitive to the lives and struggles of the people with whom we engage.

So what of music? Even for those of us with a distinctly unmusical ear preaching unsupported by silence and music is likely to be boring.

Yves Congar in a report for the General Chapter of 1980 described the three essential offices in a Dominican community, the Prior, the lector or librarian and the cantor. He thought these three offices typified our way of life.

As our Constitutions say our shared liturgy is an outstanding feature of the Dominican Order.

Timothy Radcliffe once said in the modern world words have lost much of their authority so sometimes we must find other ways of communicating using maybe film, painting, the internet and often music.

Words must always remain central to our vocation but we may have to consider other ways of delivering them just as Dominic did at the beginnings of the Order when he sent his brethren into the great universities to face the questions of the times.

Preaching has to be theologically informed, nourished and strengthened by study and Vivian talks about study as an anxiety for the Truth.

Study will be a big part of your lives for the next year and it is not always easy to return to a life of study but it is a precious time and be assured that much love and prayer will support you.

Father Euan talked this morning about first steps and this is a first step for the three of you as you join the Congregation. It is a significant step and a courageous one, but it is just a first step so you need to be patient with yourselves and with each other.

I would like to end with an extract from Teilhard de Chardin on the need to be patient with ourselves and allow God’s slow work to be done.

Patient Trust in Ourselves and in the Slow Work of God

Above all, trust in the slow work of God,

We are, quite naturally,

Impatient in everything to reach the end

We are impatient of being

on the way to something unknown,

And yet it is the law of all progress

that it is made by passing through

some stages of instability….

and that may take a very long time.

And so I think it is with you.

let them take shape themselves,

Don’t try to force them on,

as though you could be today

what time….that is to say, grace and circumstances

acting on your own good will….

will make you tomorrow.

Only God could say what this new spirit

gradually forming within you will be.

Give Our Lord the benefit of believing

that His hand is leading you,

and accept the anxiety of

feeling yourself in suspense and incomplete.

For a slidehow/video of the event, follow this link:  Receiving the habit 2020