Come, everything is ready 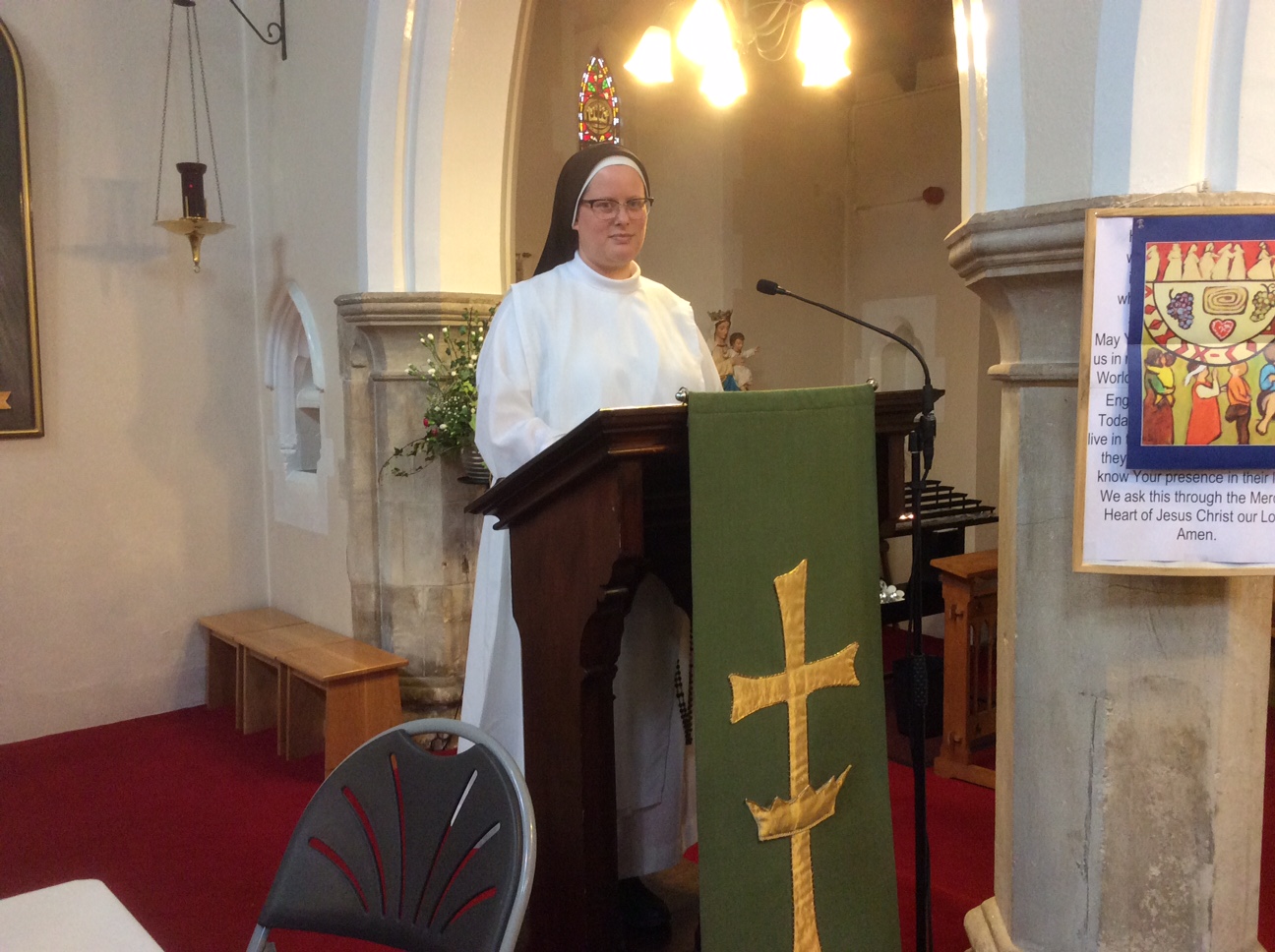 Thank you for inviting me to celebrate the World day of prayer with you. I would like to share some of my thoughts about the central biblical text chosen as a motto which I find very inspiring.‘Come, everything is ready’. It is a generous invitation. What can we imagine behind the word "everything"? Some of us maybe will think about a future life with God, others about their future partners, vocations, jobs, families... Some people might be more suspicious and may object that this "everything" does not mean just positive things. There can be some illnesses, catastrophes or accidents in our lives — nothing to look forward.  But whatever we think it is always in terms of the future.

However, there is not said "everything will be ready" but "is ready". We are invited to receive the invitation now. This is the first aspect of what we can consider as very important in this text. Presence is what matters. The future does not exist but in our imagination. The essential is the presence. Everything is ready, so come, cooperate with me, fulfil the presence with your being, with your "yes" saying to me.It brings us to the word "come". God as a host does not use a polite language, something like: would you mind coming... or could you come... The way he chooses is rather imperative. There is no room for hesitation. It is ready, and you must come now. It is the right time, which we call kairos — the time to act. We know many examples from the Bible when people responded to God's invitation to have an active role in the history of redemption. Maybe we do not think we are so important as Abraham, Moses, Judith, Ruth, Mary, Peter and others we read about. But if any human life is priceless in God's eyes, perhaps we have similar roles in today's world as those I have mentioned earlier. Maybe there was a time when you saw a burning bush in the desert and were invited to lead others from slavery, addiction, misery... Perhaps there was a time when you had to decide to leave what you knew and move to a foreign country because of love or responsibility for others. Or similarly, like Peter, you were attentive to God's call and said ‘yes’ to your personal vocation to serve by your job or as mothers, fathers, religious or priests... I am sure you all can find a moment in your life when you recognised the time to act, the kairos time. I remember a time when I was invited to collaborate on fulfilling "kairos". One of my aunts was seriously ill. Her whole life was not easy, she was twice married and divorced, one of her four sons had a brain tumour, and she was diagnosed with a rare type of cancer in the first week of her retirement. Although many difficulties and stumbling, she kept her belief in God. She was the only practising Christian in her close family even though that time she lived with her third partner and she could not receive the sacraments. When I heard about her situation, I felt that it was my responsibility to visit her and if it was possible to encourage her to see a priest to "put things into order" as we call the preparation for death. To be honest, I was absolutely scared and must admit that I failed to do the same in case of my other dying aunt just a few years ago. Anyway, trembling I visited her and had an occasion to ask whether she would like to see a priest and consequently to receive sacraments for the sick. She started crying and asked if it was possible because she could not receive the sacraments of Penance and Eucharist for about 20 years. It was her deepest desire, but it did not come in her mind to ask for it. We arranged a visit of a priest within a week and a day after she received those sacraments she unexpectedly passed away.

When I remember this happening, I still cannot believe how close I was to the mystery of God's timing and am very grateful to be invited to collaborate with him though it was not a comfortable experience. Indeed, everything was ready. The only thing was to come to realise God's deed. It would not make the front-page news yet it was the most crucial time for my aunt.

I am sure you too could share many similar experiences about the time you took part in God's plans. However, it is not always easy to recognise the project, or the action required for us to realise. Masters of the spiritual life say that it is the Holy Spirit who gently urges us to seek his will and to act according to that which is discerned. Nevertheless, there is still space for our creativity in fulfiling God's will. On the booklet, we can see a painting by the Slovenian artist Rezka Arnuš. This is her unique way of how she expressed the Biblical text we meditate today. Which reminds me of a thought I read recently. More than one person made similar scientific discoveries at the same time. For example, Antonio Meucci, Alexander Graham Bell and Philip Reis were all inventing the telephone in the middle of the 19th century. It leads us to an assumption that all discoveries will probably be made, earlier or later.

In contrast, any piece of art is original and would not have been created without a particular author. So, let's accept the invitation creatively to cooperate on God's plans. Let's become artists of life now and here because everything is ready, and we shall come, enter into God's kairos.