In our exploration together of encounters with Jesus, we have this week something of a mid-term special offer: two for the price of one. Or, rather, more-  potentially infinitely more -  than two for the price of one. Because behind and within the stories of the two women we have just heard we can discern in outline stories of other encounters with Jesus.  Even, perhaps, our own.

I said the stories of the two women, but perhaps it would be better to say the story. When the woman with the issue of blood appears on the scene, she interrupts a narrative already in train – the Lord has started out on his way to the house of Jairus when she pushes her bashful way through the crowd. But it’s not just an interruption; and nor are these two random snapshots of a day in the life of Jesus, which just happen to be juxtaposed, with no intrinsic connection between them.

Some weekends in our house are very quiet;  others much less so.   Last weekend, the weekend of the Presentation was exceptionally busy: 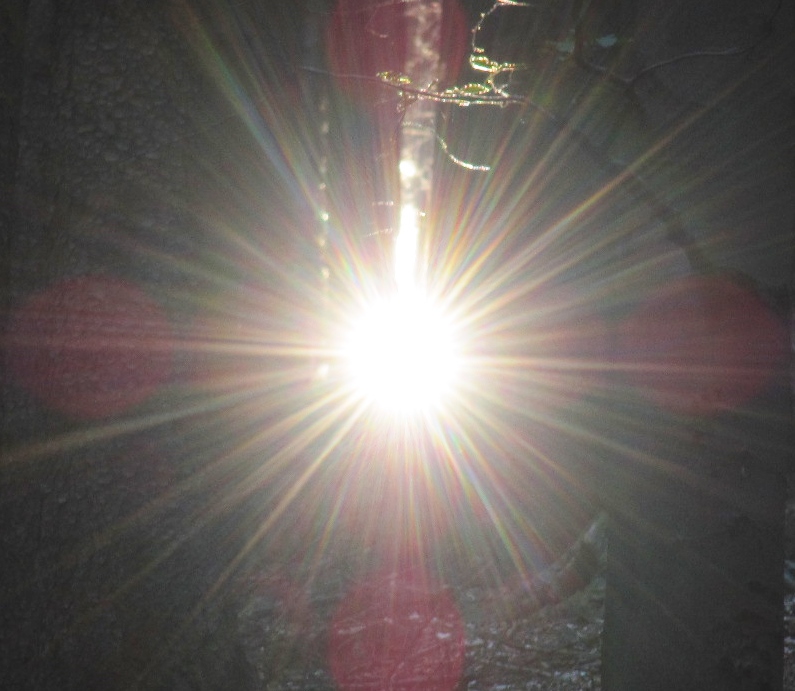 On Friday Sr Mary Magdalene was in Stone, delivering a 'St Thomas weekend' on the topic 'Participation in Trinitarian Life'.  About 20 people attended, including two enquirers who are currently staying with us.

A sermon to celebrate 150 years of religious life in Bow

Today is the 40th day after Christmas: the day of the Presentation of our Lord in the Temple, the day of the Purification of Our Lady. This is the also the Day in which the Church celebrates Consecrated life, that is, this is the day when we give thanks to God for those women and men who have decided to follow God in a path of obedience, poverty and chastity.

Many of us have benefited from the witness, care and dedication of consecrated people.  I was taught in my primary school by the members of the Order of the Company of Mary our Lady. The ministry of the Verona Father (Comboni fathers) first planted the idea of missionary work in my heart.  And I have fond memories. Perhaps you have too. Despite the bad press some orders have had in the past years and acknowledging that some members of those orders have fallen short of their vows, nonetheless today we gather to give thanks to God that He has inspired men and women to dedicate themselves to the service of God, his Church and society.

The best words in the best order?

When Fr Martin asked if I would give this paper, I felt honoured, intrigued and excited – but also somewhat daunted. I’m – obviously – a Dominican, and, in one way or another, I’ve been approaching poetry for most of my life. But I was nonetheless hitherto unaware that there was such a thing as a Dominican approach to poetry as such.  I was tempted, initially, to model my approach on the story - sadly, probably apocryphal - of a certain 19th century Oxford undergraduate.  In those days, whatever one’s principal area of study, everyone reading for an Oxford degree was required to pass a short, and, truth to tell, not terribly taxing examination in divinity at the end of their first year.  It became generally known among the student body that, in the section on the Old Testament, examinees would be asked to name either the Kings of Israel, or the Major and the Minor prophets.

Matthew 17:1-9:  Jesus took with him Peter and James and his brother John and led them up a high mountain where they could be alone. There in their presence he was transfigured: his face shone like the sun and his clothes became as white as the light. Suddenly Moses and Elijah appeared to them; they were talking with him. Then Peter spoke to Jesus. ‘Lord,’ he said ‘it is wonderful for us to be here; if you wish, I will make three tents here, one for you, one for Moses and one for Elijah.’ He was still speaking when suddenly a bright cloud covered them with shadow, and from the cloud there came a voice which said, ‘This is my Son, the Beloved; he enjoys my favour. Listen to him.’ When they heard this the disciples fell on their faces overcome with fear. But Jesus came up and touched them. ‘Stand up,’ he said ‘do not be afraid.’ And when they raised their eyes they saw no one but only Jesus.
As they came down from the mountain Jesus gave them this order, ‘Tell no one about the vision until the Son of Man has risen from the dead.’

Apparently, the most commonly repeated phrase in the whole Bible, in both the Old and the New Testament, is “Have no fear!” or “Do not be afraid!” There are also about a dozen or so times when Jesus is said to touch those he is about to cure.

In this passage of the Transfiguration, we see Jesus saying: do not be afraid, and then touching the disciples who are afraid, as if fear itself were a kind of illness which needs to be cured.  Fear can, indeed, be debilitating: in common parlance, we can be paralyzed by fear; or/and we can do silly things which we will later regret – Peter’s suggestion of building three booths and staying on the mountain can be seen as one such consequence of fear, even if – as elsewhere – the fear expressed here is, perhaps, more akin to awe rather than terror.

So perhaps, as this is Lent (and not the Feast of the Transfiguration when we have the same reading) we might consider what things we, each individually, are afraid of: illness? death – ours or someone else’s? – ridicule? failure? inability to cope? change? monotony: a lack of stimulus or meaningful objectives? the possible bleakness of our own future? war?...

But the story of the Transfiguration points us also to another side of this somewhat bleak endeavour, namely to attempt to discover those moments of our lives when we are most open to the touch of Jesus – perhaps in the Mass at Communion, or perhaps in the stillness of our own room (to which, Jesus suggests elsewhere, we should retire to pray in secret) perhaps when we look out on a daily changing landscape, or…whenever…For the touch of Jesus can also rid us of our crippling fears and transfigure our lives by his radiance; it can make us more like him in whose image we are made. And even if the apostles were overcome more by awe than by terror, it is also from the kind of awe which keeps us at a distance from Christ that we must be cured, for – in the words of St. Richard of Chichester - he is our friend and our brother whom we need to know more clearly, love more dearly and follow more nearly day by day.

And was it because Jesus did not wish his other disciples to be overawed that he forbade the three with him to tell the others of this incident till after his death, for would the telling not have made them apprehensive, unsure, disturbed?