By way of Christ’s suffering humanity to his divinity

Reflection for Vespers on Wednesday 1st Week of Lent - Phil 2:12b 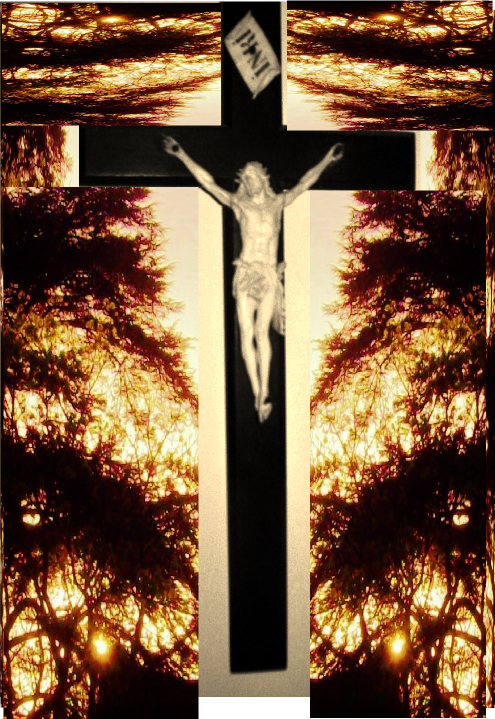 “Keep on working, with fear and trembling, to complete your salvation, for God is always at work in you to make you willing and able to obey his own purpose.”

Our Breviary uses the TEV [Today’s English Version] but if we take the same sentence from the RSV it reads as follows:

“Work out your own salvation with fear and trembling; for God is at work in you, both to will and to work for his good pleasure.”

The first part of the sentence especially in the RSV version “Work out your own salvation with fear and trembling;” smacks of much hard work but also of Pelagianism which our senior brethren could discuss competently...

Instead, I intend to go to our Brother Henry Suso, whose life can illustrate aspects of the struggle involved in a correct interpretation of the whole sentence, that is, the part we do and God’s doings in us as we continue walking in the footsteps of Christ.  I believe Henry’s efforts can give us some light as to what we mean by the spiritual quest even if he lived in the 14th

The latter, like our age, was troubled with diverse calamities: i.e. wars, famines, the Bubonic Plague and its aftermath besides the rather dark and turbulent times for the papacy and the general state of Christendom.   Paul Murray O.P. talks of the late medieval world as “marked by ‘a crisis of the spirit’ – a description which also fits our times, I think.

There is no time to give a biography  of Henry’s life consequently I will only point briefly to spiritual development:

After becoming a Dominican aged 13, Henry pursued his studies diligently and excelled.  Several years later, (aged 18?) he had a conversion experience to a more committed form of religious life described in his semi- biography ‘The Life of the Servant’.  For weeks afterwards he became exuberant, his mood matching the re-awaking of nature during the month of May after a long and severe winter.  Of a poetic temperament and gifted with artistic and linguistic skills Henry Suso expressed his love of the divine wisdom like a ‘troubadour’ would, when adoring his bride.

However, a honeymoon never lasts and before long Suso was following the suffering Christ undergoing extreme penances for many years. These were typical 14th-century devotions which were intensely felt and experienced physically.  People tried to re-enact Christ’s sufferings depicted by the many images [e.g. flagellation, wearing crowns of thorns, bearing crosses of considerable sizes]  In other words they took the ‘following of Christ’ literally.

For many years Suso undertook this “working out his own salvation with fear and trembling” so seriously that he reached break down point, culminating in a crisis:  he could either continue on this path which besides the daily flagellations also included severe fasting, long vigils and scant sleep with a wooden cross on his back and die etc - or to give up all these penances and live.

The turning point came when it was revealed to him or rather that he became acutely aware that all his sufferings were self-inflicted and had the stamp of self-will.  In other words, he was in control by deciding on the manner and means of following Christ.  It seems he had overlooked the second part of our quote: “God is always at work in you to make you willing and able to obey his own purpose”.  Slowly it dawned on him that walking in the footsteps of Christ meant accepting the trials and sufferings God sends both in form of the daily ‘wee crosses’ and also the great trials in life...

Besides interior afflictions in form of doubts of faith, severe depression to the point of despair, Suso has revealed the nature of his severe exterior trials which entailed:

Through these trials Suso learnt to ‘obey God’s own purpose’ thereby conforming to Christ by receiving suffering willingly and bearing it patiently.  With the words of St Augustine in mind, he proceeded:  “Per Christum hominem ad Christum Deum” ().  The Church recognised his holy life by beatifying him in 1831.

I’d like to end with a lovely image given by the Dom Helder Camara, the saintly archbishop of Brazil who when talking about suffering, more or less said that